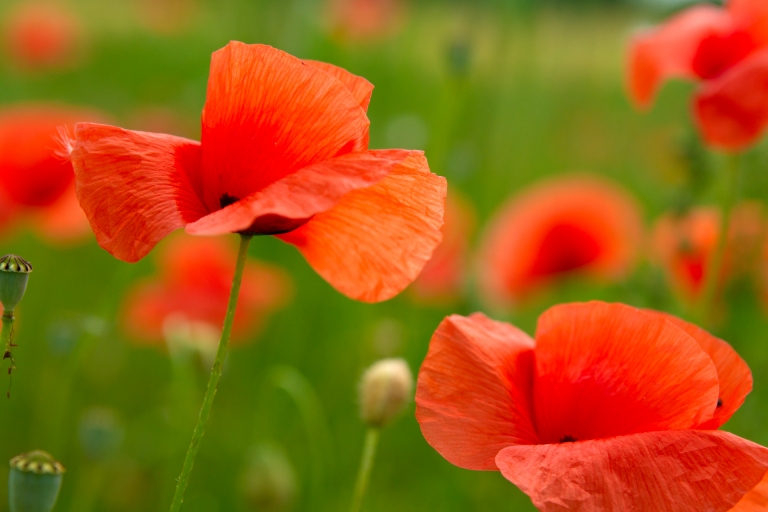 Right now, the BBC, and other media, are exercised by the great problem of whether a memorial to the British military dead of world war 1 should be dismantled on 12 November or should be allowed to stay for a few weeks, such is the great desire of the British public to visit it.

It is clearly a brilliant idea and must be overwhelming when seen in the flesh. (Google Images has lots of pictures.)

Called Blood swept lands and seas of red, it consists of poppies. Over the past months, ceramic poppies have been “planted” into the moat and parts of the Tower of London. The last one was planted on 11 November by a child, bringing the total to 888,246.

Paul Cummins and Tom Piper created this work: Cummins the ceramic poppies and Piper, who is a theatre designer, the concept, for want of a better word.

Both stress that the transience of the installation is itself meaningful, representing the transience of human life. Hence the tussle between ”the public”—who, as ever, seems to have found a voice in politicians eager to jump onto a populist cause but who, had the public hated the whole thing, would have been equally vociferous in denouncing it—and the creators.

Some sort of compromise appears to have been reached.

What’s wrong with that?

Taking my cue from Jonathan Jones, an art critic writing for The guardian and one of the very few prepared to point out a fundamental problem with this installation, let me amplify his point.

A century after the start of the first world war, this installation commemorates the British military dead.

The Wikipedia article on world war 1 casualties, if we can assume it is correct (and it looks plausible), defines the 888,246 figure as “United Kingdom… Military deaths (from all causes)”.

But hang on, what about other countries that fought with the British, are their dead to be ignored? Apparently so:

Had the war ended ten years ago, such an inward looking concept as this installation might have been understandable. But it ended a hundred years ago. A hundred years is a very long time in what we laughingly call our civilisation. Are the British people still so insular, so lacking in grace and thankfulness that we cannot acknowledge the help (essential help) given by soldiers of other countries?

Seventeen countries, other than the UK, were part of the Entente powers. In addition to France and Russia, Italy, Australia, Canada, India, Romania (at least a quarter of a million) and the USA each lost at least 50,000 military lives.

Are the British still clinging on to some notion that “we did it all by ourselves”? Probably, yes.

But what about the British civilian casualties? 107,000 of those. Oh well, I suppose they were in the wrong place at the wrong time, so they don’t count.

And we—the British—killed many of them.

Aren’t they worth a few poppies?

Even after a hundred years, the British cannot bring themselves to admit that seeking some sort of rapprochement with Germany is better than sitting in a little ivory tower proclaiming our superiority.

I think the poppy installation, in itself, is superb.

But, as the pseudo-political statement which all politicians have made it (and not a few of the public), it is reprehensible.