Balance is what you believe it is 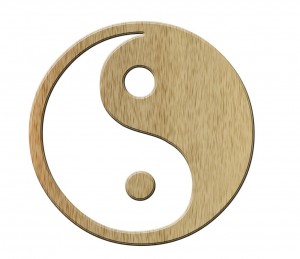 When I was a salaried employee—of a variety of companies including Marks and Spencer and CMG, a full services IT business—I had no problem leaving at the end of the day and putting the job out of my mind. Not for me the contest to leave last or be in early. As a self employed coach and teacher, I find it harder to draw a line between work and non work. This article, for example, is being written one evening in October.

But is that a problem? After all, I like writing (I am also a music journalist on the American magazine Fanfare), and I gladly accepted the invitation to write the articles which appear on various websites. I always knew it would be unlikely that I could write these pieces between 9 and 5, so I am sanguine about the situation. An important aspect of balance, therefore, is not whether one’s work and other activities are in an some externally defined “proper” ratio, but rather whether we believe they are in an acceptable balance. If we feel put upon, hedged in, out of control, then we are likely to resent the time put into work activities which we would rather spend on other things. If we accept that the time needed for these work tasks is inevitable and has to be provided then, unless we quit the business, it would be as well to reframe our attitude.

At this point an interesting dialogue can take place (one we can hold with ourselves internally if need be). As a coach I might ask “So how come you resent taking up so much time doing X, Y and Z which you always knew would be timeconsuming as soon as you had a reasonable number of clients?” A rich variety of answers is possible. One client, the owner for the business, had a common belief that it was in some way his job to do all the paperwork (of which there was a lot). Not only was his work/life balance prejudiced, but his relationships with his staff suffered since he had too little time for them. Everything was transformed when he employed a secretary to do the admin. In this case, his belief about having to do the admin was easily replaced by a different belief that his time was better spent on other things.

But in many cases some pretty powerful, longstanding beliefs can be surfaced with a little patience. For example “I will not be successful unless I work hard”. Is it inevitably true that success only comes after hard work? Or was it even true for the particular person who said this? In this case, the person had distorted “hard work” to mean “long hours day in, day out” rather than, say, clever, or imaginative work, or a short period of intense activity. Even if the original belief were true, it was being acted on in a destructive way.

Or, “If I don’t work hard, I am a bad person”. This, like the previous belief, probably had its roots in childhood. It’s terribly stubborn and can appear impossible to eradicate (not least because the holder of the belief genuinely believes it’s true, so why would you deny it?) It’s a dangerous belief, because there is nothing to indicate how hard you have to work in order not to be a bad person. Holders of this sort of belief often use it to beat themselves up because, even though they are “working hard”, they aren’t working hard enough in their eyes, so they are still a bad person anyway and deserving of the punishment which the consequences of the “hard work” brings.

Of course the above examples are extreme—but only to the extent that I have conveyed them as strong beliefs. Beliefs like these can held in dilute form, where they just nag away, and they can be held subconsciously, so you’re not really aware of them anyway. Their danger is that they appear unarguably true (because they were inculcated at an early age by an adult who should have known better—a teacher or parent, say). But, in reality, they are only beliefs. Funnily enough—or irritatingly enough, depending on your approach—other people get along without holding them. They are beliefs which the holder has chosen to believe (or chosen to continue to believe) when, in fact, other more helpful beliefs could be installed instead. As Victor Frankl, a survivor form Nazi concentration camps, observed “Everything can be taken from a man but one thing: the last of the human freedoms—to choose one’s attitude in any given set of circumstances, to choose one’s own way”.

In truth, once all the rational and constructive approaches have been taken—like asking for help, doing something less, doing something different—it is always possible to change our beliefs (including the belief that one can’t change one’s beliefs). If we change our beliefs—and beliefs are a driver of our attitudes¬—then we can change our attitude to the balance of our life and accept that which we either can’t or won’t do anything about.