… from emotional intelligence at work 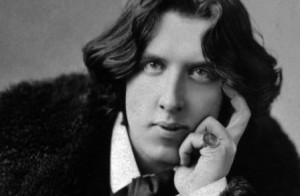 Greetings
Welcome to our newsletter.  We like to offer a change from other newsletters which do demand an awful lot of reading…

Joke of the week

A journalist walks up to an old man praying at the wailing wall in Jerusalem.  ‘What are you praying for?’ he asks.  ‘World peace,’ says the old man, ‘reconciliation between Muslims, Jews and Christians.  I’ve been praying here for sixty years.’  ‘Sixty years!’ says the journalist.  ‘Yes,’ says the man, ‘it’s like talking to a brick wall’.

Quotations of the week

Arguments are to be avoided: they are always vulgar and often convincing.
Oscar Wilde

Silence is argument carried out by other means.
Che Guevara

I love argument, I love debate. I don’t expect anyone just to sit there and agree with me, that’s not their job.
Margaret Thatcher (who raises the distinction between argument and debate)

Emotionally intelligent principle of the week

We teach a number of principles which it would be useful, helpful to live by.  In other words, if each of us can follow these principles as best we can – applying them equally to our work, personal and social lives – we will be happier, other people will be happier, and all our lives can move forward more smoothly.  We’ll be covering these in the coming months.

Let go of the need to be right

There is a difference between being right and needing to be right, having an attachment to being right.  Needing to be right (whether or not we actually are right) is about controlling other people – always, ultimately, a hopeless endeavour, since noone can make anyone do anything (the best we can do is influence and persuade).

We like to suggest to clients that it is useful to deal with the world as it is, not how we would like it to be.  Letting go of the need to be right is necessary if we are to have the best information on which to make decisions about our lives, whether at work or elsewhere.

Headline of the week

Contributions always gratefully received.
Thanks this month to:
Nicolas Marchant, of the Royal Borough of Kensington & Chelsea
Barry Cryer via PM Newsletter

If you have been, thank you for reading.
Kay and Jeremy