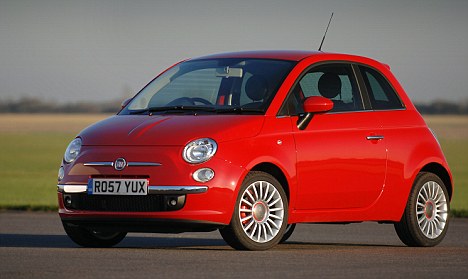 I used to be a contributor on a website, fielding people’s business queries.  Usually small business people, they’d send in their questions, and one us would have a go at answering it.

One day, a driving instructor wrote in and asked for comments about his website. Could we think of any ways to improve it?

I had a look and it was obviously a modest production—but then he didn’t need anything more expensive. He should have more important things to spend his business’s money on.

As I went through the pages, something struck me. There were lots of pictures of his shiny red car. It was small, the sort learner drivers prefer, and it was certainly clean.

But there was something missing. There were no pictures of him.

Now, I would have thought that the concerns running through the mind of a possible new student visiting the site would include:

(c) Am I going to have an accident? Can I trust myself? Frankly, I’m a bit scared. Can I trust the instructor?

Can I trust the instructor?

I was convinced that possible customers would be more likely to become real customers if the instructor could show them that he was trustworthy.

He needed to have pictures of himself, preferably walking the dog, playing with the kids, not grinning nervously at the camera. Maybe one of him washing the car.  In other words, he needed to show that he was approachable, that he was reliable.

Nobody is going to ask:

Q&A websites being what they are, we never found out if he had even tried the idea. But that doesn’t negate the following principles: