The case for intervention 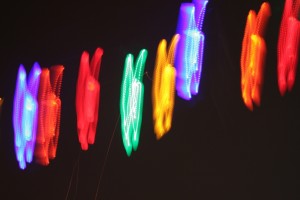 In Going for growth, I made the point that how you want the business to grow has to be determined in the context of what the business, as it currently is, can achieve.  You only have one starting place and that is here, now.

But it is unlikely that the business, in its current state, can deliver the improved performance required at the end of a period of growth.  If it could, it probably would be doing so already.  So the business has to change, which means that the key people in it have to change.

Actually, change is best introduced into an organisation from the top:  if the boss isn’t willing to change, it is unreasonable of him or her to expect anyone else to change.  On the whole, they won’t.

So the question is how best to make changes.  Here, leaving it to the individual owner to work it out for themselves may well result in an answer, but not necessarily in the lifetime of the business.  Far better to acquire skills and approaches from people who have worked on the subject in the past.  For this reason alone NRG Boardroom provides an excellent environment.  However, what is really useful is the opportunity to tap into the beliefs and feelings of other people:  people in the same boat, people who are further down the road, and people willing to open up and commit to you.

Often businesses are functioning – are delivering – at a level which is determined only by how well they are run.  Not by how good the people in it are.  This applies equally to a one man band.  How poignant that a business is holding itself back just because its business processes are ineffective.