Too many rotten apples 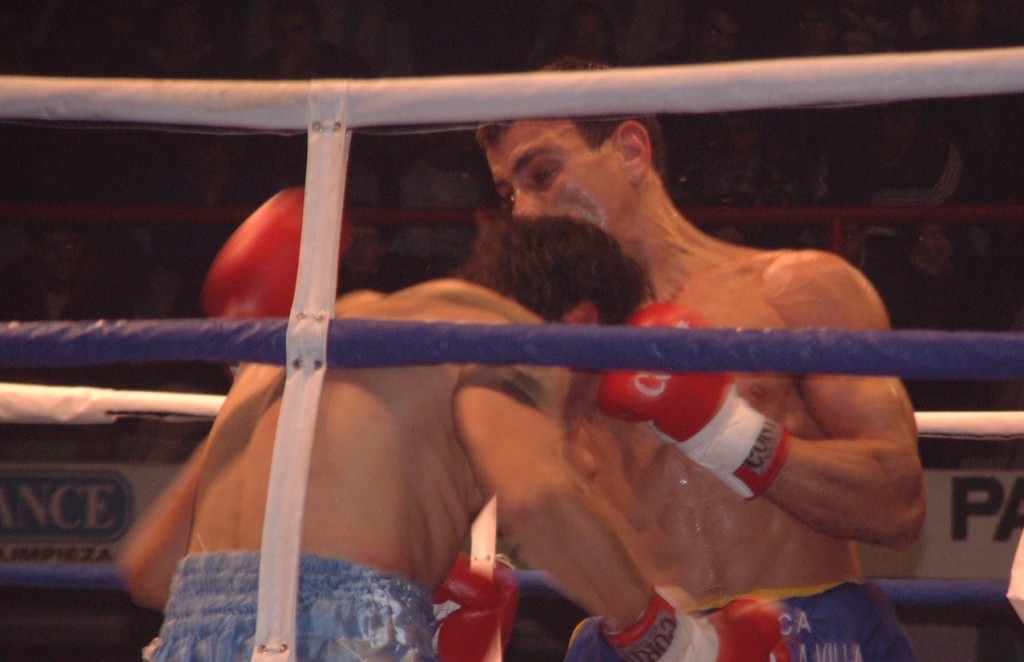 The assassination of Jo Cox has brought out a number of thoughtful articles on the way that communication in society is becoming ever more hateful as social media permit unpleasant people to hide safely behind fatuous aliases while ‘senior’ politicians resort to ever more deceitful, and immoral campaigning in the EU referendum and elsewhere.  As Jonathan Freedland put it in the Guardian, if you inject enough poison into the political bloodstream, somebody will get sick [*1].

For weeks, months and years “politician” has been a word more spat out than said. MPs have been depicted as a form of pond life, routinely placed on the lowest rung of the ladder of esteem, trusted less than estate agents and journalists, the butt of every panel show gag, casually assumed to be venal, mendacious, vain, stupid or malevolent.

…  But then we are confronted with the fate, and the life, of Jo Cox. We learn that she was a devoted mother of two young children. We see the pictures of her putting shoes on her daughter’s tiny feet. We hear that she fizzed with energy and commitment to those suffering, far away and closer to home. We learn that her friends loved her and hear them break down as they remember her. We see that she burned with a fierce idealism, that she was devoted to her home town of Batley, that she wanted to make life better for people other than herself.

And none of that quite fits with what we thought “politician” meant. Yet the funny thing is, this is what most of them are actually like. It’s the dirty little secret of political life: that, yes, there are some politicians who are all about ego and vanity and hogging the camera; but there are countless more who get and seek little public attention, who toil away, knocking on doors, fielding complaints about broken drains and noisy neighbours, who work daytimes, evenings and weekends, and who are rewarded by little thanks—and often a downpour of abuse.

I have quoted him at length because he sums up what many other people that I have heard and read have been saying rather more fragmentarily.

There are 650 MPs in the House of Commons.  How many of these do we encounter in a week on the news, whichever media we use to consume it?  (I am including programmes in which backbench politicians talk about their work, such as The week in Westminster on Radio 4 on Saturdays.)   I would doubt that it was as many as 35 and, for many people—who don’t take an interest in the news or in politics other than as reported in the gutter media—a lot fewer, probably fewer than ten.

So, if it is the case that “MPs have been depicted as a form of pond life…”, it is those doing the depicting who are primarily are fault.  Assuming that most people do not think—indeed, as Russell observed, “Most people would rather die than think—in fact, they do so” [*2]—it is primarily the media which cause this.  Many people ingest the content, fall asleep again, and surely do not think about what they have ‘learnt’.

I suspect that one of the primary reasons for the general increase in disdain for MPs was the expenses scandal that the Daily telegraph broke in 2009 and which was lovingly and endlessly chewed over by the rest of the media.  That showed rather a lot of MPs behaving just as many of their constituents have behaved at one time or another, exploiting the vagueness of the parliamentary Green Book: A guide to members’ allowances [*3], just as their constituents would exploit the loopholes in their employers’ expenses policy.  A vagueness, so I understand, that was deliberately put there to allow MPs to gain quasi-legitimate income in lieu of pay rises that it wasn’t politically expedient to grant.  It seems rather hard that MPs, following guidance from the parliamentary authorities, are punished for the wrongs of the parliamentary authorities.

Of course, there were MPs who were revealed to have behaved disgracefully, showed a bad attitude when found out, and were rightly punished.  (I like the passage from the Bible, ‘This is the way of an adulterous woman:  She eats and wipes her mouth, and says, ‘I have done no wrong’ [*4].)

Then again, there were those who did no wrong and those, of course, like Jo Cox and my MP, who weren’t even in the chamber then.  In an interesting article, the Industry and Parliament trust reported  [*5]

Whilst the 2015 General Election did not produce quite the same level of turnover in the House of Commons as in 2010 (when 227 new Members were elected), the election of 182 new MPs still represents a significant change to the composition of the House of Commons.

Even allowing for some of the 2010 intake to have been replaced by some of the 2015 intake, still well over half the members of the House of Commons arrived after the expenses scandal.  It does no credit to most of them that they have not shown—and presumably cannot show—that they are a different ‘breed’ from older members.  Presumably, because they are not.  And, in this respect, Jo Cox was the exception that proves the rule.

Where I part company with Freedland on this is his statement, “…yes, there are some politicians who are all about ego and vanity and hogging the camera…” as if it is enough to refer to “some politicians”, leaving all the rest as the virtuous tribe he goes on to describe.  The problems are that, firstly, this tribe is largely invisible;  secondly, overwhelmingly, these “some politicians” are the ones who make up the majority of the 35 or so that we see every week;  and  thirdly, these are the ones in power—and  their equivalents in what is laughingly called, at the moment, “the opposition” (and, see, I can’t resist a jibe myself) and some more junior MPs, who are exceptionally assiduously climbing the greasy pole (as Disraeli described it)—who get to change the lives of the rest of us.

It is these people—largely, to a man and a woman, the ones who are “about ego and vanity and hogging the camera”—who are also, or appear to be and make no effort to contradict the impression of being, weak individuals, not very bright, and wholly self-serving.  But, dangerously, in power.

The idea, as I am afraid Mr Freedland seems to wish to perpetuate, that, apart from a few ego-driven ones, all the rest are equally virtuous is simplistic to the point of being wrong.  (I don’t think he believes this, but that’s the impression he gives.)    That’s like saying all people who run businesses are all virtuous apart from a small cadre which includes the fragrant Mr Mike Ashley and ‘Sir’ Philip Green.  As with politicians, there is a spectrum, occupied by people at most of its points.

In fact, many politicians are a bit venal, or a bit mendacious, or a bit vain, or a bit stupid or a bit malevolent.  And, in most cases, several of these.  And, in many cases, the ‘bit’ is actually quite a large bit.  This must be true, because ‘success’ in politics—or, at least in our political system—requires competition and it requires appealing, in whatever ways, to voters.  The easiest way of doing this to demonise one’s opponents and ridicule, and lie about, their arguments.  In short, to be successful in politics is to be the antithesis of Jo Cox.

You could argue (and I will, any time) that integrity, compassion, intelligence, hard work and enthusiasm are the last things that a senior politician should possess for success.

A number of people over the past few days in the media have chosen to speculate on Cox’s likely parliamentary career.  Personally, my view is that such good people as Cox are not able to stand the relentless pressure to prostitute themselves for the tawdry advantage of political preferment, and they leave, and quite rightly so.  They do not deserve that their talents are just hammered into oblivion, accompanied by an endless torrent of vile abuse from morons on ‘social media’.

Some of them, possibly Frank Field is an example, find the tightrope and are able to walk it somehow.

But, if you want to be PM, you have to become like PMs past and present.  This is surely obvious.  I suggest that Jo Cox’s ethos and values would have made her…  Actually, she would have got nowhere near even a ‘leadership’ contest on the values she espoused to her death.

Let’s anticipate the debate to be held in parliament tomorrow…  Actually, let’s not bother.  At the word ‘tomorrow’, I stopped for lunch.  On returning, I read this in Guardian by Peter Walker, posted at 1:25pm today [*6]:

This was less than four days since Jo Cox was killed, but the promised positive, non-partisan tone was absent. This was business as usual, right back to the rats-in-a-sack scrabble for victory.

Hoey was the only speaker to talk directly about Cox, speaking movingly of her fellow Labour MP.

None of the others referred to what happened, and there were some appeals to people’s mistrust of the EU, politicians and “the elite”.

There were crowd jeers against the CBI, IMF and other organisations. Peter Mandelson and Jean-Claude Juncker were booed. It’s all panto stuff but was done deliberately.

…  Campaigning is back on: there is no reason why this event should have been a wake for Cox. But it’s worth noting that if anyone hoped the build-up to the referendum would be less partisan and more restrained, they’ll be disappointed.

So, pace Mr Freedland, I will continue to attack politicians like Blair and Hain, Cameron and Gove, Farage and all their acolytes and hangers on.  I shall continue to hold them in contempt, until they can be bothered to show me that I am mistaken, if they can.  They may be MPs but it is not their constituency records that I am complaining about.  They occupy more powerful—or at least more influential—and more senior offices than that of MP and it is on that basis that they should be judged.