Employability: what stops it? 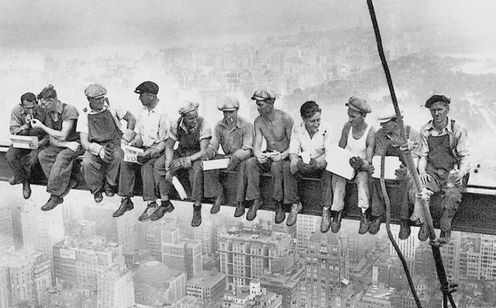 The view from colleges and universities

Dependence, like every mental characteristic develops neither under the influence of nature, nor of nurture, but under the complex, dynamic interaction of nature and nurture.  (This video makes the case powerfully and clearly (in the context of attachment formation).)

The main driver for someone to move from dependence to independence is the growing realisation that just lying back and demanding your needs are met doesn’t really work. You have no tactics, other than to scream harder, to get those needs met which others are disinclined to meet.

The individual, becoming increasingly aware of their powers, recognises that, if they replace passive expression of needs by active demands and then by active attempts to control others into doing things, they are much more likely to get what they want.

So, in fact there is a personal motivation to move into independence and any programme designed to help teenagers get there only needs to be marketed cannily to draw in an audience.

I think it is very important to recognise that not all students want to be in this position of being less engaged than they need to be.

They just don’t know how to shift, and they have the endorsement of their peers now, and of their parents and society in the recent and distant past, to stay where they are.

Many of them must feel in a real double bind: their rational mind, some emotions and their instincts all urge them to be independent, but other powerful emotions are holding them where they are.

Employability skills programmes will need to be marketed and delivered in a way which recognises the resistance caused by this internal conflict.

It is also going to be very important that these programmes are marketed and delivered with an appropriate attitude. Otherwise, they could become yet another instance of inadvertently enforcing dependence (“you have to learn this stuff, just as you had to learn how to spell, before you will become effective”).

Incidentally, I have heard that some institutions are wrestling with whether they should be finding work experience for students.

It’s just colluding with the students’ beliefs that they shouldn’t have to do these things themselves.

Worse, providing work experience jobs while at the same time insisting students have to go on employability skills courses will just see colleges and other education establishments sending mixed messages.

Staff in the college/institution need to be engaged with the concepts of employability—and you can bet that some, at least, won’t. This will create resistance to any widely advertised initiative suggesting people should be more employable.

So, not only will many (most?) students be ambivalent/resistant to employability, there are at least three ways in which colleges/institutions are also ambivalent/resistant to the subject. Providers will need to be able to engage client organisations in these areas, if a programme is to be optimally effective. You cannot expect other people to do what you’re not prepared to do yourself.